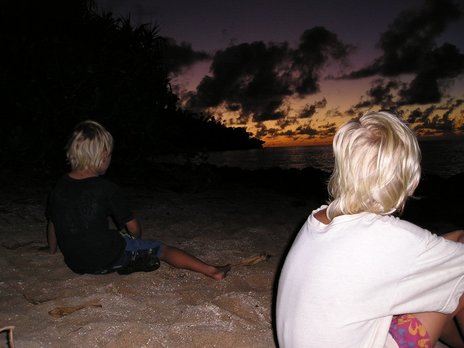 ​        The first cooking I ever did was when I was out on a hunting trip in the high desert regions of Southern California back in the days when game was plentiful.   Since we were trying to act like men, we hunted only for food.  For cooking we used an open fire and a green willow branch as a skewer.  With such a simple system we didn’t have to carry anything and there was nothing to clean up.   For these reasons I fell in love with the idea of cooking my own meals right from the beginning!
Life went on.  At the age of twelve my Dad gave me Tuesday night as my day of the week to serve dinner.  He would prepare it ahead of time and leave me instructions how to serve it, then go off to work.  My mom worked pretty late because she was also getting a master’s degree in education.  So I got some experience in the kitchen and this led to my fixing things on my own whenever my parents were gone.

I went on many camping trips with my brother and his friends who, cooking-wise, were about the same skill level as me. Still, we managed to utilize an open fire and a Coleman stove to eat quite well, and I’m not just talking canned beans.  No way!  Every other night we had canned corn or peas!  ​
​        My cooking level through high school went pretty much like this: The meat was always some form of game.  Breakfast was always cold cereal in a cup with milk.  Lunch was gonna be a sandwich of either bologna or salami.  So what was there to worry about?  Nothing!  As I matured through life, I learned to throw in a bag of peaches or a bunch of bananas.  This was the Cadillac three course meal!

By the time I left college in 1976 I had prepared many meals for fellow house students at Cal Poly in San Luis Obispo and at U.C. in good ole crazy Berkeley, California.  I also had held a couple of restaurant jobs where I was a weekend line cook.   It took me four years, plus a couple, but I finally graduated.  At this point I'd been in school so long I jumped on the opportunity to take a “real” job, and it was with a major oil company.   About 14 years went by.  By then I knew it was getting time for a change.   My eating and drinking habits were out of wack.  I could see that in another 10 years my body would be on life support and I would be forever tied to the company’s health plan. 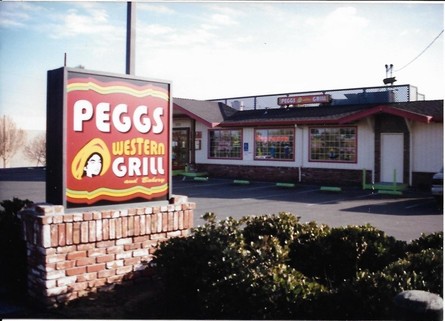 After resigning from the company my wife and I began a business of our own.  For reasons stated beforehand the type of business I steered us into was a restaurant.  We started out small by taking on a lease for the restaurant section of a restaurant and bar establishment and ran our end as a breakfast/lunch facility.  Later we got a renewed lease, and this included the whole building.  We dropped the bar and financed the construction of a 95 seat café using an SBA loan for around $100,000 plus some loans from family.  That’s when Peggs Western Grill and Bakery came into existence.

The inside of Peggs featured old western artwork that was laminated into the table tops and unique pictures of western scenes on the walls of every dining room.  Peg ran the front and hosted while I managed the back and cooked.  We served breakfasts and lunches that were wholesome, tasty and simple to prepare.  Peggs soon became “the place to be” for lunch and Sunday brunch.

The time passed quickly and we had decided not to expand into multiple locations.  If that’s what it took to get rich, for us it wasn’t worth it since we now had two sons aged 3 and 5 years old.  I knew it was now or never if we were to have an adventure before the school curriculum swallowed them up.   So we came up with a plan to take an extended cruise on a sailboat in the South Pacific Fiji Islands.  We had to move fast.
Believe it or not, in just three months we had sold our house, the restaurant and gotten to Fiji via a flight through Hawaii.  In Fiji, there were sufficient numbers of fish still in their oceans such that we could catch several varieties of larger fish regularly.  These freshly-caught fish led to some of the best eating experiences of my life and the culinary experiences helped me “graduate” to a new and higher level of meal preparation.  This continued for nearly five years but ended when we had over-extended our visa in Fiji.

When we returned to the United States with our two children I set at work to refine my newly learned techniques into simplified meals most Americans would enjoy.  Two fundamental principles were applied.  One: use as few packaged ingredients as possible so that you know what spices and flavor modifiers you were eating.   Two:  use only Himalayan Sea Salt and in the quantity that tasted the best.

It was during these times that I often brought back a recipe from our former Peggs Restaurant and as time went on I wrote them down and included them as a recipe book that contained all the types of meals we had served at the restaurant.  Along the way I took many pictures.   Most of the recipes were cooked several times to double-check that the ingredients were right.  Now after ten years of collecting and refining the meals we served at the restaurant and at home I have completed ​Wheatie's Sea Salt Cookbook.

I sincerely believe that the use of Sea Salt will instantly help make you a better cook and I can personally attest that each recipe inside is one that will knock your socks off every time.  Just don’t be afraid to use the right amount of salt!